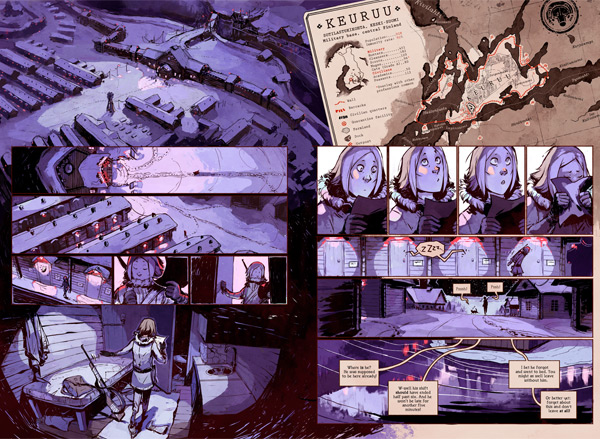 Oh yeah, I put up another panel sneak peak as a new emergency vote bait pic on TWC, since the last one was from the cover page. Had to get rid of that! But I'll see if I can whip up something proper and more fun in the next few days. Also I think I haven't remembered to mention (but a few of you noticed) that the "about" page now has actual, non-filler-y content. With pictures! I purposefully kept it vague until the prologue was over, since I wanted to see how people would react to the turn of events at the end of it. But now new readers can get some kind of grip of what's going on right of the bat if they wish to. :P

Tomorrow two characters will be introduced with their little name tag boxes! I know you've been waiting for this. :3